This subproject focuses on the distributive effects of the recent crises – financial, economic, euro-zone, social – that have been troubling Europe and the way these affect the recognition and representation of the interests of the categories of the population that have been hit by crises. Over the recent years, neoliberal globalization, on the one hand, and the economic crisis, on the other, have heavily affected several European countries’ economy as well as their political and social stability. The austerity measures introduced throughout European member states have further intensified the feelings of injustice and mobilized social and political actors’ support for institutional and non-institutional struggles for ‘justice’. The subproject explores the various forms of (non)institutional struggles for justice in Europe and national states, and thus shed light on the factors that impede the realisation of justice. The six countries involved in the study experience different levels of economic growth (and decline), have been differently affected by the recent crises (financial, economic, debt, social) and, by consequence, take different positions and pursue different, sometimes competing or even contradictory measures to address the distributive justice claims. The subproject analyses the complex interdependencies between the various agents of justice (judiciary, advocacy/NGOs, trade unions) and/or the potential conflicts in how they recognize and prioritize the interests and capabilities of various groups of the population.

REPORT: Comparative Report on Labour conflicts and access to justice: the impact of alternative dispute resolution 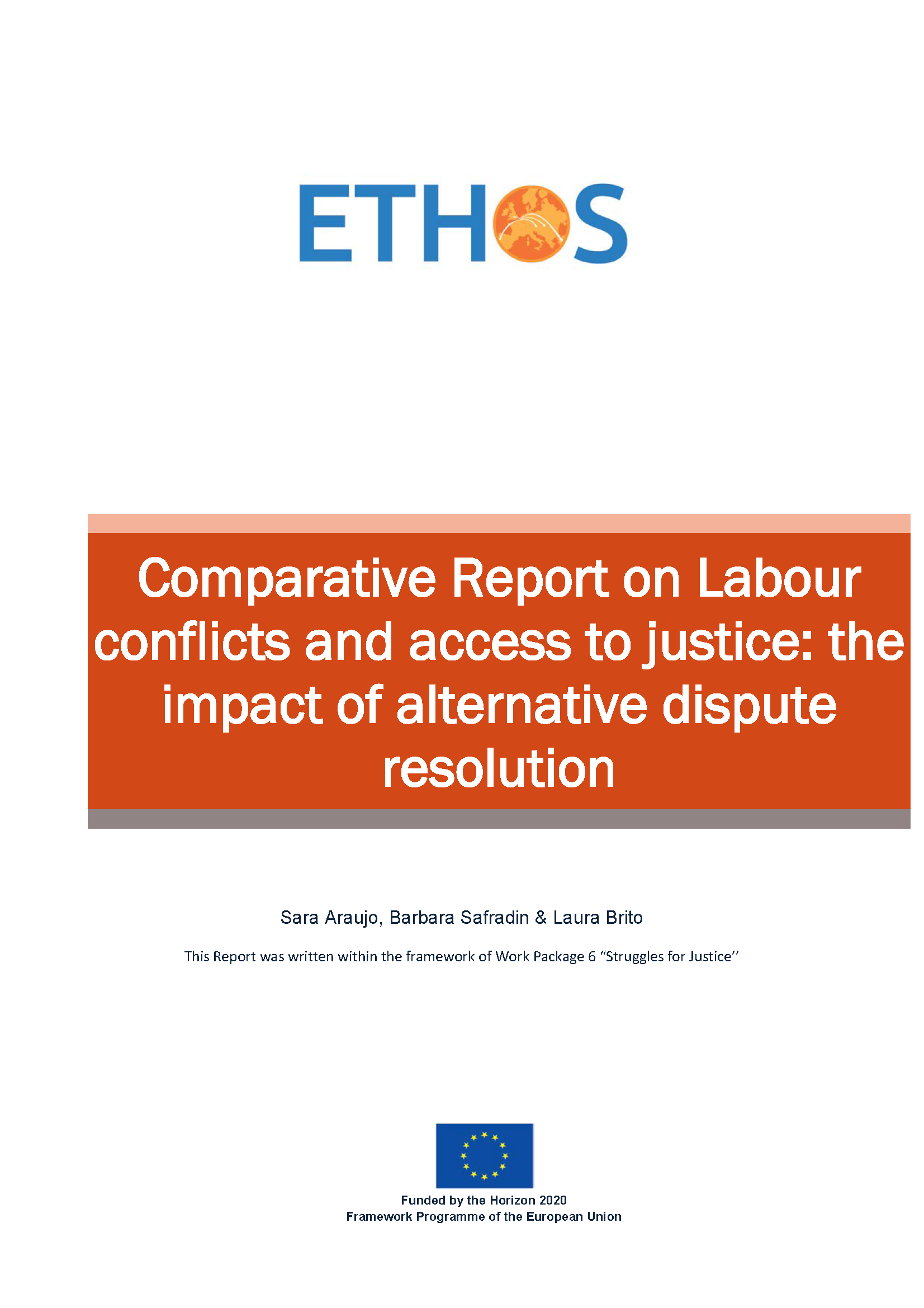 This comparative report is the 5th deliverable of ETHOS WP6 “Struggles for justice”. D6.1. established the theoretical framework; D6.2. dealt with official discourses and non-institutional resistance in the context of the 2008 financial crisis; D6.3. and D6.4 approached different institutional mechanisms to ensure economic justice, citizens’ participation and the continuity of the European Social Model (ESM) and the present deliverable aims to understand if alternative dispute resolution (ADR) mechanisms are functional instruments to improve access to labour justice.

REPORT: The effectiveness of social dialog as an instrument to promote labour and social justice 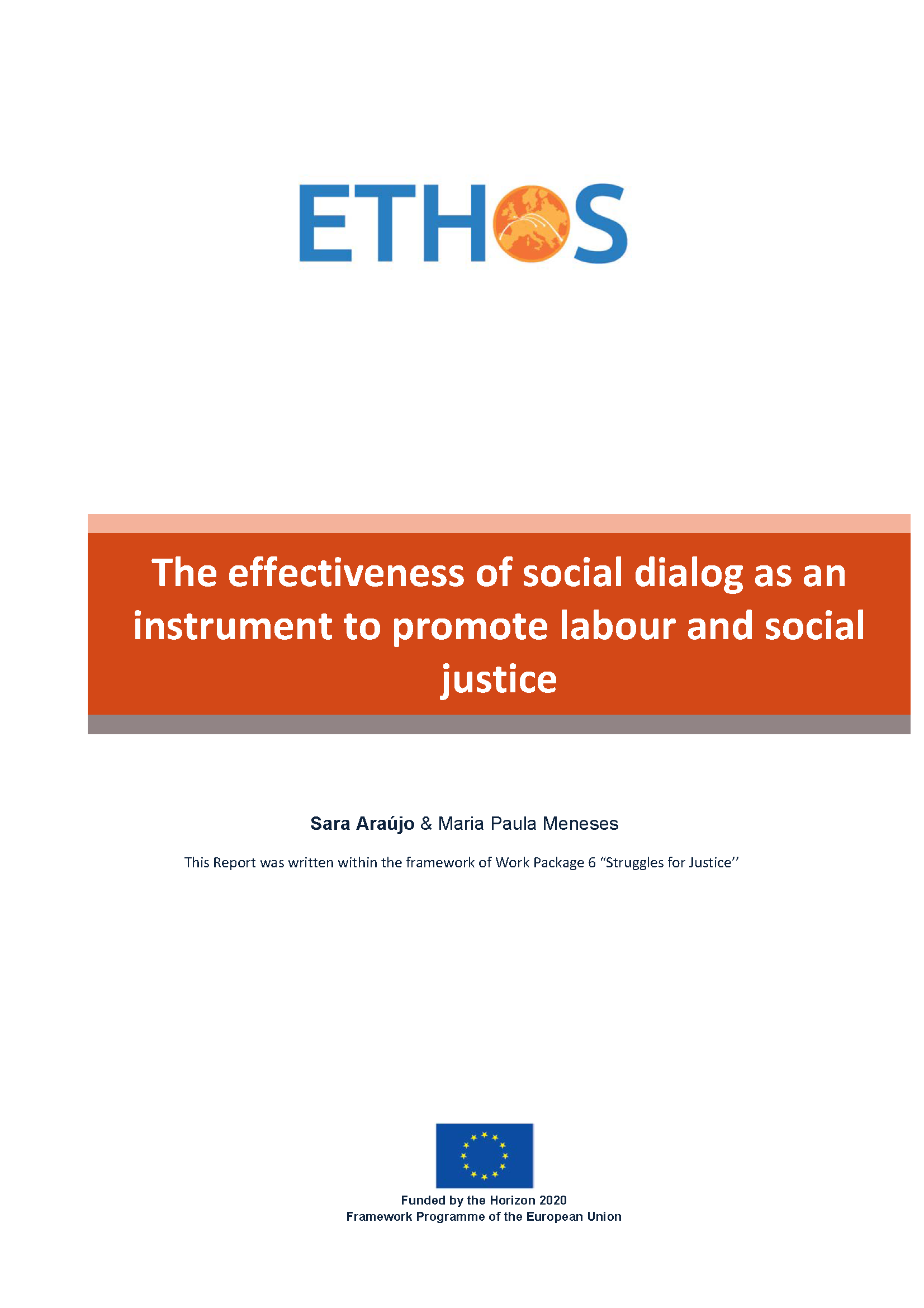 WP6 focuses on European barriers to economic equality between countries and people and the various forms of non-institutional and institutional struggles for justice in Europe. D6.1 established the theoretical framework; D6.2 dealt with official discourses and non-institutional resistance in the context of the 2008 crisis. The subsequent deliverables aim to understand whether Europe has mechanisms to ensure economic justice, citizens’ participation and the continuity of the European Social Model (ESM).

REPORT: Impact of the Social and EU Charters in times of crisis 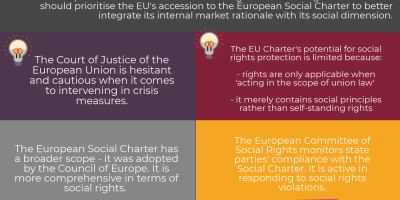 ETHOS WP6 is concerned with the European barriers to economic equality between countries and citizens and the various forms of non-institutional and institutional struggles for justice in Europe. Deliverable 6.2 focused on the official discourses and non-institutional resistance in the context of the 2008 crisis. The present deliverable concerns a legal report on the extent to which fundamental social rights as enshrined in the European Charters can or cannot constitute a counterweight to austerity measures in times of crisis.

REPORT: Comparative report on the types of distributive claims, interests and capabilities of various groups of the population evoked in the political and economic debates at the EU and at the nation state level 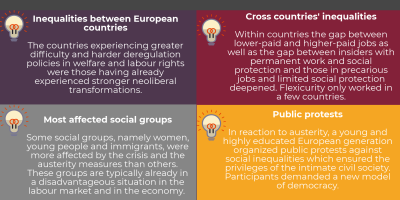 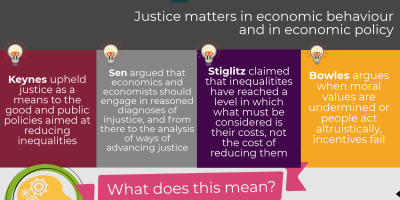 The paper addresses the conceptualization and articulation of justice in dominant (neoclassical) economic theory, here denoted as economizing on justice. It traces the economizing on justice approach back to its origins and assesses it in light of challenges and criticism coming from other existing, but comparatively marginalized, traditions and authors within the discipline.