Discourses of justice and fairness (WP4)

Discourses of justice and fairness (WP4)

Public discourse – political and media discourse in particular – is of paramount importance to the design, implantation and public legitimation of policies that affect minority groups. Moreover, it is through public discourse that the societal fault lines are drawn and redrawn and (new) categories of insiders and outsider created. This subproject aims at uncovering the discursive construction of minority justice claims in the realm of politics, advocacy and (social) media at the European and national level. In the analysis, particular attention is paid to the discursive construction of the claims of ethnic, religious and regional minority groups, especially with respect to recognition and representation. The discursive construction of the fault lines to justice is also explored.  The latter is particularly important in the times when the categories of ‘insiders’ and ‘outsiders’ are being re-defined in response to challenges evoked, among others, by mobile populations, minority claims for autonomy and language differentiation, upcoming religious fundamentalism, the experience of insecurity and/or rise of native populism. The project seeks to advance the understanding of the potential consequences of the dominant framing of justice for the capabilities and functionings of the members of different minority groups.

Report : Mapping the Construction of Justice and Justice-related Tensions in Europe – A Comparative Report of National Media Debates on (Minority) Education in Six Countries 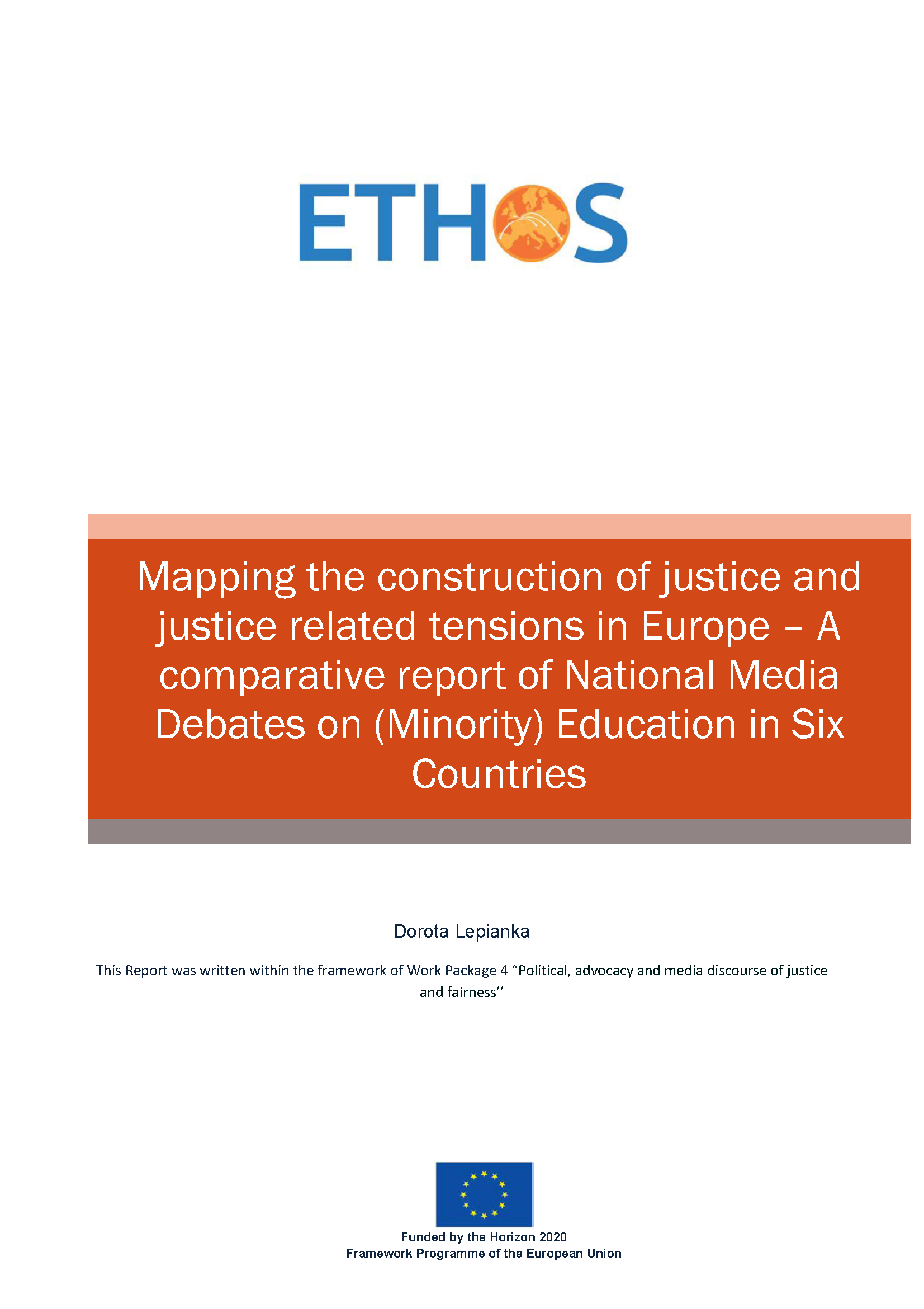 The role of education in the realization of (social) justice is ambiguous. On the one hand, education is considered crucial for the eradication of persistent inequalities and enhancement of social inclusion. On the other, due to its contribution to the (re)production of particular identities and social positioning, education is often seen as an important source of injustice. 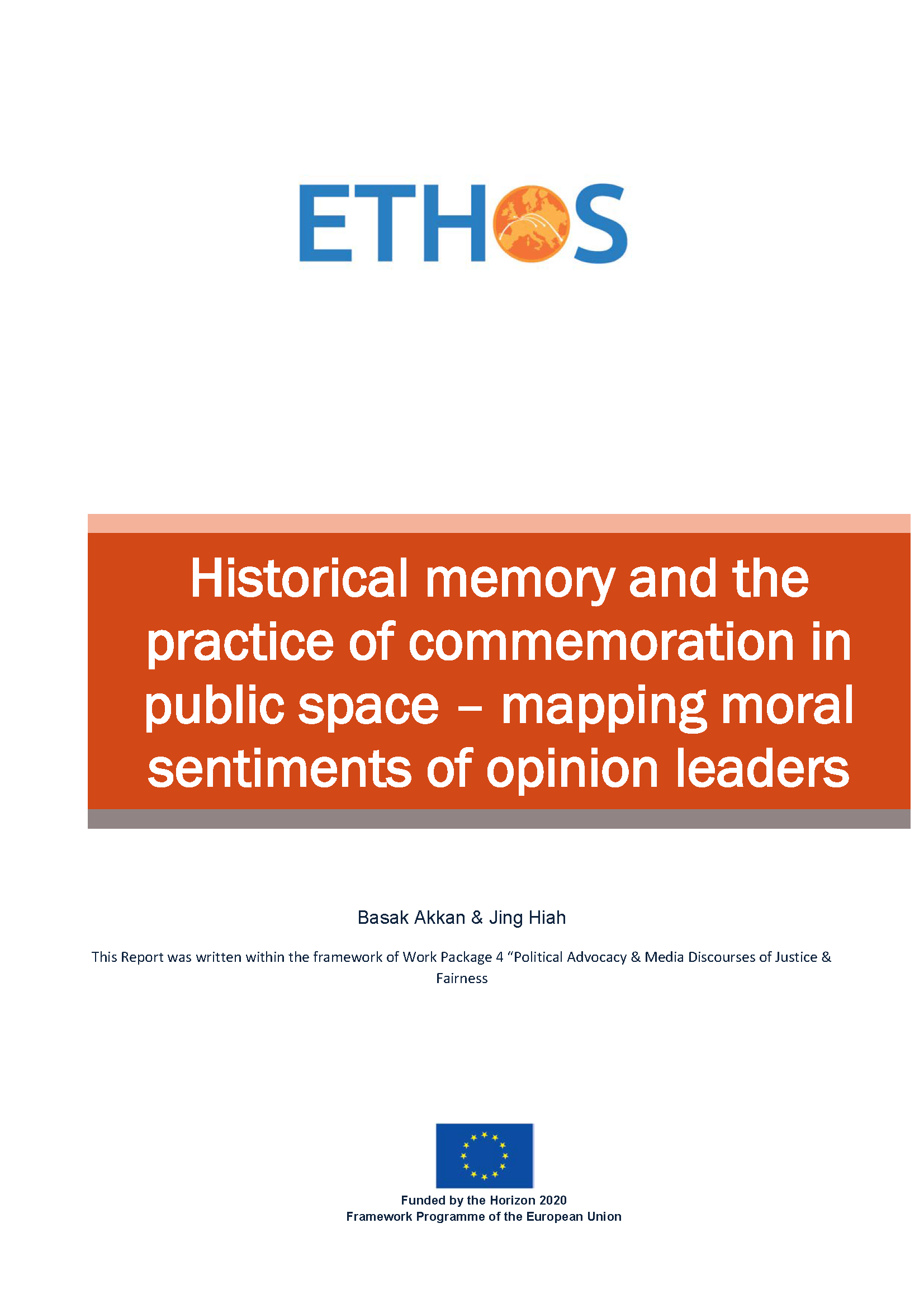 This deliverable 4.5 explores moral dilemmas pertaining to justice and fairness in the context of historical memory and the practice of commemoration in Europe. The study provides knowledge on the moral justice views of stakeholders and opinion leaders from diverse political wings, backgrounds and identities in different country contexts by means of a cross-country vignette study. The study draws on the moral psychology of Kohlberg as a framework to analyse the moral dilemmas of opinion leaders with respect to recognitive and representative justice primarily. 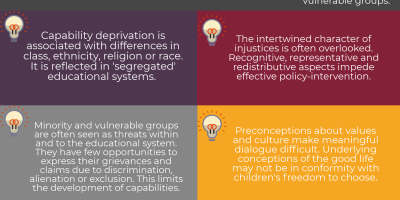 In line with the general objective of the ETHOS project, this comparative report for WP 4.3 “Discourses on minorities’ (and vulnerable groups) access to education: Inclusionary and exclusionary aspects” investigates the dynamics of inclusion and exclusion affecting minorities and vulnerable groups in the system of education as an area where the manifestation of the three dimensions of justice pertaining to redistribution, recognition and representation could be traced in different country cases. 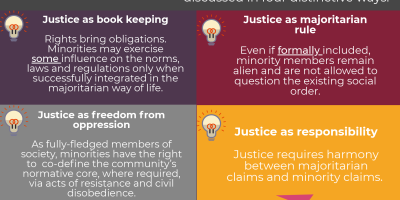 The primary goal of this study is to uncover how justice, as an abstract and complex concept and phenomenon, is conceptualized – explicitly and implicitly – in political discourse. Our interest in political discourse is driven predominantly by its presumed effects on the general public. Political debates contribute to, and often even determine, the societal recognition and social legitimation of social problems, such as specific forms of injustice, for example, as objects of state intervention; they also affect the social mobilization for action on social problems.

REPORT: A Theoretical Review of the Conceptualization and Articulation of Justice in Political Theory 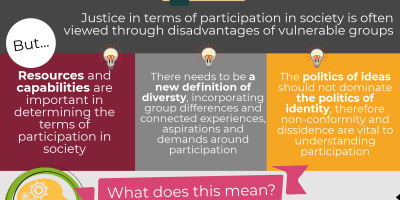 This overview presents a discussion of the political questions which concern belonging and participation in society with particular attention to the issues pertaining to representation. It aims to contribute to an empirical inquiry to the questions surrounding justice undertaken in a particular historical conjuncture where the bases of stable co-existence in complex modern societies seem to be faced by a series of economic, social and political challenges.